What is Advanced TRS? 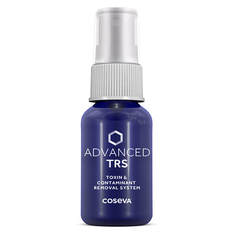 ‘Advanced TRS' stands for 'Advanced Toxin Removal System'. Advanced TRS is a supplement which contains clean manufactured nanosized  clinoptilolite zeolite and it is used to detoxify the body of many positively charged toxins, toxic heavy metals and excess inactive heavy nutrient metals. Advanced TRS comes in liquid form and it is administered orally by spraying it in the mouth. Advanced TRS is a product created by a scientist and produced by Coseva who are based in Salt Lake City, Utah, United States. The inventor has been working with zeolites since the 1970s and was very excited to chance upon a method that allow nano zeolites to be encased into water molecules.
What is Zeolite? 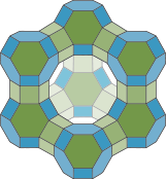 ​Zeolites first formed 300 million years ago and they are a large group of natural and synthetic hydrated aluminosilicates (volcanic minerals). Zeolites come from volcanic earth deposits that are produced from the interaction between ash and volcanic rock with underground water. There are around 45 different kinds of zeolites and they are used in industrial and commercial settings. The type of zeolite most commonly used for a number of different purposes is clinoptilolite zeolite. Clinoptilolite zeolite is used worldwide in industrial and commercial settings, one example is the Chernobyl disaster in which it had a variety of roles in tackling the dramatic detrimental effects of the Chernobyl accident.
​How can manufactered clinoptilolite zeolite benefit the human body and what is chelation?
​Not only is clinoptilolite zeolite used in industrial settings but it can also be used for human consumption by nanosizing it so it can be safely absorbed. Nanosized clinoptilolite zeolite can be manufactured into a water encapsulated form and then used as a powerful and safe detoxification supplement. Manufactured clinoptilolite zeolite has a unique multi cage-like structure with pores and channels through the crystal. The three-dimensional honeycomb-shaped crystalline structure of clinoptilolite carries a negative charge (one of the few minerals in nature to have a negative charge). This negative charge which acts like a cage captures and attracts positively charged toxins (toxic/heavy metals, chemicals etc) in the bloodstream, tissues and gastrointestinal tract. The toxins are then fully attached to the zeolite molecule, they then leave the body via urine within roughly 6 - 7 hours, the toxins do not get redistributed in the body.

Chelation is the use of natural or synthetic substances/nutrients to bind onto toxic metals in the bodily system so they can be removed. Chelation is a form of bonding of ions and molecules to metal ions. The term ‘chelation’ derives from the Greek word ‘chele’ which means ‘claw’ in English. Manufactured nanosized clinoptilolite zeolite is more than likely the most powerful, safest and efficient chelator ever produced.
Why is Coseva’s Advanced TRS unique?

The Advanced TRS by Coseva is strictly manufactured and synthetic clinoptilolite zeolite, there is no naturally occurring zeolite contained in the Advanced TRS, 'but isn't this the opposite of what we need….?', the answer is no, this is because earth mined naturally occurring zeolite contains toxins. Earth mined zeolites must be cleansed first of attached toxins, this is done via an acid cleansing process which cannot remove all toxins. Other zeolite products contain earth mined zeolites but the Advanced TRS is made with ultra clean manufactured zeolite.

Coseva’s Advanced TRS is manufactured with nano-technology to offer a very small zeolite size (average particle size of 0.9 nanometers). Not only is the zeolite in Advanced TRS nanosized but it also encased in water, this means that it can travel anywhere in the body where water can, resulting in an ultimate detox of the whole bodily system - it's like hundreds of thousands of little toxin magnets encased in water molecules going into the body. The particles are so small that it allows for gentle detoxification and will not affect the kidneys, the kidneys do not have to filter them. Due to the nano zeolite size and the fact that it is encased in water, it gives the Advanced TRS the ability to safely cross the blood-brain barrier and detoxify the brain of toxins.

In conclusion, there is no other zeolite product for human consumption like the Advanced TRS.
Why use Advanced TRS? 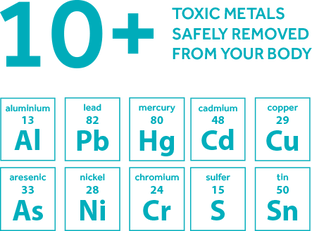 Order (£61)
Please note: For orders outside of the UK and Europe please contact mindovermetal for further details.
For information on directions for use, order restrictions, product delivery and other important info please refer to the order page.
Please note: The information on this page and the Advanced TRS product itself is not a cure for any diseases or medical conditions.
​UK provider of Coseva's Advanced TRS. Available to the UK, all of Europe and other countries worldwide.
​
mindovermetal Ltd, Level 3, 207 Regent Street, London, W1B 3HH.
​Company number: 09220400
VAT registration number: 371185302